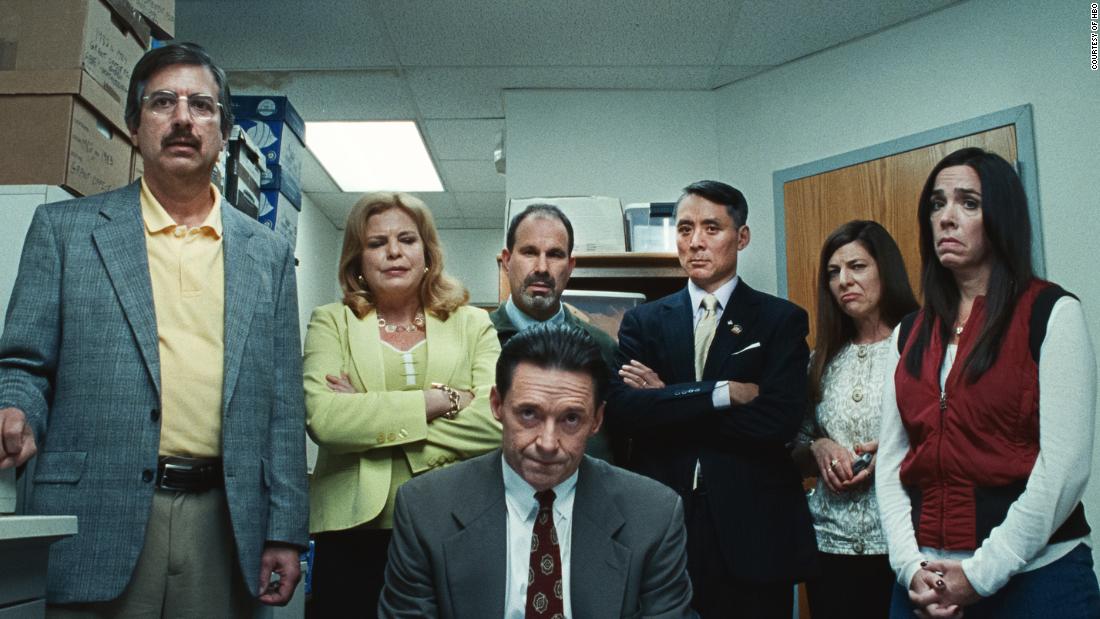 This year’s ceremony will take place on September 20, hosted by Jimmy Kimmel.

“I’m humbled by the nominations for both me and the film and excited to be named with such a talented group of actors. My immense appreciation goes out to all those who believed in “Bad Education” – especially the hardworking team at HBO.”

“To be recognized in this way this morning is such an honor — but to be able to share it with my partner Pilar Savone and our Simpson Street family makes it even more meaningful. The experiences we’ve been able to have this year were beyond our wildest dreams: working with the legendary Norman Lear and Jimmy Kimmel to bring iconic shows from the 70s to new audiences with Live In Front of a Studio Audience, to adapting AMERICAN SON, a Broadway play about Black lives and police violence to Netflix, to bringing Celeste Ng’s beautiful novel Little Fires Everywhere to life with my incredible friends Reese Witherspoon, Lauren Neustadter and Liz Tigelaar. But the tears came this morning when I heard about Lynn Shelton’s nomination for Little Fires Everywhere. I’m so incredibly grateful that the Television Academy has chosen to honor Lynn with this very deserved nomination. I know she’s celebrating in the beyond.”

“I’m grateful for the continued love for all corners of our Maisel family. I wish so much that we could be together to celebrate today but this (and some zoom cocktails) will certainly hold us over until we can get the band back together. The company we get to keep across these categories is insane. Thank you to the TV Academy!”

Mark Ruffalo, best actor, limited series or tv movie for “I Know This Much Is True”

“Although this Emmy nomination comes with enormous gratitude, it would be disingenuous of me to say that it isn’t bittersweet. I am nothing in #IKnowThisMuchIsTrue without Derek Cianfrance who has made a piece of work that will stand the test of time,” Ruffalo tweeted.

Sterling K. Brown, lead actor in a drama for “This is Us” and supporting actor in a comedy for “The Marvelous Mrs. Maisel”

2 Good to be True! Thank you to the @TelevisionAcad for a great start to my day! Blessed to still be representing my #ThisIsUs fam (Love you all!) & overjoyed to be recognized for the immense fun I had with @AlexBorstein & @RachelBros on #MrsMaisel Stay safe. Stay sane. #BLM,” Brown tweeted.

“I am grateful to be nominated for my work in Mrs. America, and for the life of someone as remarkable as Shirley Chisholm to have been seen. This spot of sunshine, during a time of unequal measure, means so much today, and to share the nomination with my fellow cast mates is just icing on an already well frosted cake. Thank you, Academy!”

“I want to thank the Television Academy for this morning’s nomination. It was an incredibly special feeling to return to the SNL stage after so many years, and I’m gratified that the show was so well received. Knowing the collaboration that goes into putting SNL on the air every week the way that I do, it goes without saying that I share this nomination with Lorne and all of the SNL cast, writers and crew who helped bring the show together. It was a great homecoming for me.”

Michael Douglas, outstanding lead actor in a comedy series for “The Kominsky Method”

“There’s not a lot of good news these days, so I was honored to receive the nomination from my fellow academy members. An opportunity to acknowledge the wonderful writing of Chuck Lorre and Al Higgins; a spectacular cast led by Alan Arkin, who makes me look good, and the strong support of Netflix. Thank you all!”

“Thrilled the geniuses at Pixar and Disney plus got a nomination for Forky Asks A Question! Love that Spork.”

Don Cheadle, best actor in a comedy for “Black Monday”

“Given that it’s been announced on a Tuesday, I hereby regretfully decline my nomination for “Black Monday.” I am a dayist. Been one for many years. My principles are my bedrock and sacrosanct.”

Padma Lakshmi, outstanding host for a reality or competition program for “Top Chef”

“How exciting that Top Chef is nominated again this year! So proud of our entire cast and crew that continue to work so hard on our beloved show. Thank you to the Academy, for also nominating me again in the host category. I am beyond humbled.”

“It’s hard to put into words how much this means to me. Being recognized at this level in the company of so many Giants is an indescribable honor. It is something I have hoped for, impossibly, my whole life. The bar is so high on television right now – there is so much genuine and brilliant work, so much fellow talent that I am in awe of – that I feel humbled and proud to be able to contribute a single sound to this great symphony of my peers. Congratulations to the whole Succession family. But mainly, #teamkendall.”

“I am so utterly honoured to have been included in the nominations list today alongside such immense actors I have admired from afar. Normal People was created by a huge cast and crew who deserve so much recognition for their incredible work. Most importantly I want to thank my amazing friend and brilliant co-star Daisy Edgar-Jones as the show would not have got the extraordinary response without her electric performance.”

“It’s a great honor to be nominated along with my fellow cast members Stephan and Jasmine. Given the current focus on police reform in our country, I find #FreeRayshawn to be very timely and thought provoking. It is both an entertaining and important series and my gratitude goes out to Antoine Fuqua, Seith Mann and the team at Quibi and Sony TV for supporting it from start to finish.”

“This one strikes differently. It’s been a rough year for all of us. This honor is about more than acknowledgement. It’s about motivation to be my most authentic self so I can create authentic work. This news has lifted me in ways I did not anticipate! Much love and gratitude to the Academy and my Kimmy family.”

“It’s blessing and a gift to be part of this moment where my art and my activism meet. POSE represents hope and is a reminder of how powerful ‘we-the-people’ are!”

“Well, this is a really sweet surprise in the middle of a really weird time in the world – thank you to the Television Academy! I’m very moved to be listed alongside such talented actors, and am eternally grateful that Ryan Murphy gave me the chance to be a part of HOLLYWOOD and to work with such an immensely gifted group of people – the whole experience was about as good as it gets and I know how fortunate I was to have taken this journey.”

Female directors are having a moment

COVID-19 vaccine doses have been sold on the dark web. Are...